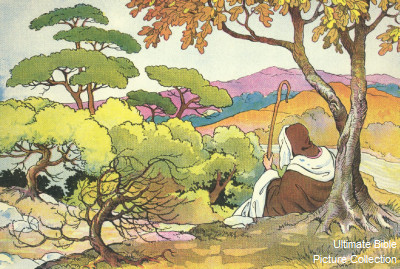 Hello friends, the following is evidence of King Jotham, who is King Uzziah's son. King Jotham did what was right in The Lord's Eyes and became mighty as a result (Credit given at the bottom of the article :D)

27 Jotham was twenty and five years old when he began to reign, and he reigned sixteen years in Jerusalem. His mother's name also was Jerushah, the daughter of Zadok.
2 And he did that which was right in the sight of the Lord, according to all that his father Uzziah did: howbeit he entered not into the temple of the Lord. And the people did yet corruptly.
3 He built the high gate of the house of the Lord, and on the wall of Ophel he built much.
4 Moreover he built cities in the mountains of Judah, and in the forests he built castles and towers.
5 He fought also with the king of the Ammonites, and prevailed against them. And the children of Ammon gave him the same year an hundred talents of silver, and ten thousand measures of wheat, and ten thousand of barley. So much did the children of Ammon pay unto him, both the second year, and the third.
6 So Jotham became mighty, because he prepared his ways before the Lord his God.
7 Now the rest of the acts of Jotham, and all his wars, and his ways, lo, they are written in the book of the kings of Israel and Judah.
8 He was five and twenty years old when he began to reign, and reigned sixteen years in Jerusalem.
9 And Jotham slept with his fathers, and they buried him in the city of David: and Ahaz his son reigned in his stead. Earlier this week I posted a picture of the seal of Jotham, one of the kings of Judah and an ancestor of Jesus. The picture I’ve posted today is a signet ring also bearing the seal of Jotham. If you travel to the Smithsonian you can see this signet ring along with other artifacts from the expedition of Nelson Glueck to the Red Sea port of Akaba (Aquaba), Jordan.

Some sources indicate the ring is copper….others say it is fashioned from bronze. All agree, however, that the ring is inscribed in Hebrew indicating the ring “[belonged] to Jotham.” More than likely the ring was actually in the possession of the king’s seal bearer.

Seal stamps were possibly used to stamp clay vessels as they were made so that anything that the vessel contained such as oil, wine, or grain could be easily identified as belonging to the king. Seals were also used on documents and between the jamb and doors of full storerooms to show no one had opened them. At one point Jotham defeated the Ammonites and received tribute from them for three years. Sealed storerooms would have protected the tribute as it was collected and stored.

Jotham began his reign before his father, King Uzziah, went on to his reward. Uzziah had been stricken with leprosy for sinning against God and basically retired leaving his son to reign in his stead. 2 Chronicles 26 relates this fact. Jotham also ruled for a few years after Uzziah’s death as well. Toward the end of his reign around 735 B.C. a combined Syrian-Israelite coalition marched against Jerusalem, but it was left up to Jotham’s son, Ahaz, to face them down.

Source: http://gotbible.blogspot.com/2007/01/kings-of-judah-jotham.html
Posted by Unknown at 6:25 AM