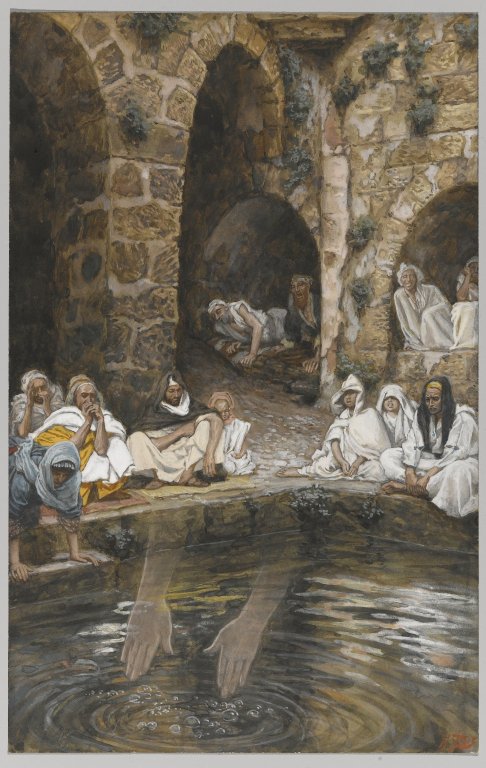 Hello friends! Here we have The Pool written about in The Gospel of John.
This is where our Lord Jesus Christ healed a paralyzed man. (Credit given at the bottom of the article :D)

2 Now there is at Jerusalem by the sheep market a pool, which is called in the Hebrew tongue Bethesda, having five porches.
3 In these lay a great multitude of impotent folk, of blind, halt, withered, waiting for the moving of the water.
4 For an angel went down at a certain season into the pool, and troubled the water: whosoever then first after the troubling of the water stepped in was made whole of whatsoever disease he had.
5 And a certain man was there, which had an infirmity thirty and eight years.
6 When Jesus saw him lie, and knew that he had been now a long time in that case, he saith unto him, Wilt thou be made whole?
7 The impotent man answered him, Sir, I have no man, when the water is troubled, to put me into the pool: but while I am coming, another steppeth down before me.
8 Jesus saith unto him, Rise, take up thy bed, and walk.
9 And immediately the man was made whole, and took up his bed, and walked: and on the same day was the sabbath. 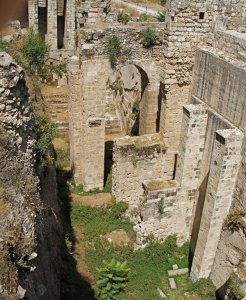 Archaeology has enabled a pool at Bethesda in Jerusalem to be identified as the scene of one of Jesus’ miracles. This was the healing of the paralysed man who had waited for 38 years for someone to help him into the pool “when the water is stirred” — an event believed to have curative powers.

The Gospel account says Jesus told the man, “Stand up, take your mat and walk”, and immediately he was made well (John 5:2-18).

The location of the Pools of Bethesda — actually a series of reservoirs and medicinal pools — is in the Muslim Quarter of Jerusalem’s Old City, north of the Temple Mount and about 50 metres inside St Stephen’s or Lions’ Gate. At that time, the gate was called the Sheep Gate, because this was where sheep were brought to the Temple for sacrifice.

According to an ancient tradition, Bethesda is also where Jesus’ maternal grandparents, Anne and Joachim, lived — and where his mother Mary was born. The Church of St Anne, built around 1140, stands nearby.

The compound containing the pools and the church is owned by the French government and administered by the White Fathers. It also contains a museum and a Greek-Catholic (Melkite) seminary. 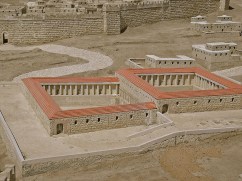 In his Gospel account, John describes the pool as having five porticoes, in which lay many invalids — blind, lame and paralysed.

Because no such pool had been discovered, the historicity of the site was long called into question. Some claimed that John had invented the detail of the five porticoes to represent the five books of Moses, which Jesus had come to fulfil.

In the 1900s, however, archaeologists at Bethesda unearthed two large waterreservoirs separated by a broad rock dike. They were rectangular in shape, with four colonnaded porticos around the sides and one across the central dike.

The purpose of the reservoirs was to collect rainwater, principally for Temple use.

Associated pools and baths at Bethesda (which means house of mercy) were apparently believed to have healing powers. Evidence of a pagan healing sanctuaryhas been found east of the pools, including marble representations of healed organs, such as feet and ears.

Early church was built over pool 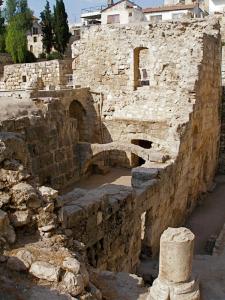 The Byzantine empress Eudocia had an enormous basilica constructed over the Pools of Bethesda in the 5th century. The church was called “Mary where she was born”.

Its central aisle covered the central rock wall, the side aisles extended above the two basins and the front part covered the site of the ancient healing sanctuary.

The basilica was destroyed by the Persians in 614 and its masonry ended up in the pool.

The Crusaders built a small chapel, the Church of the Paralytic, over part of the ruined basilica. Its façade, main entrance and apse of the Crusader chapel can be seen standing high over the pools, giving a clear example of the practice of building one church over another. 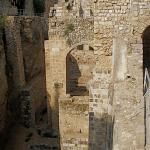 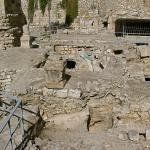 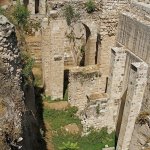 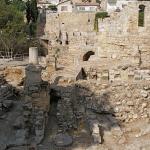 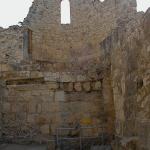 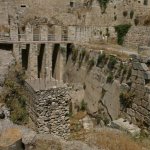 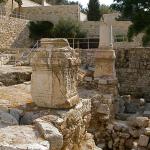 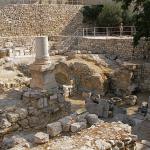 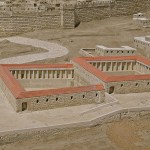 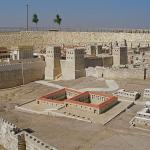 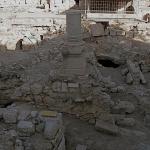 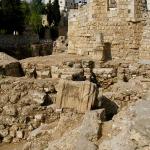 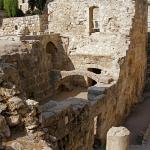 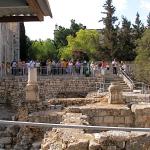 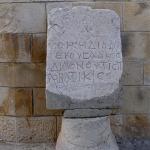 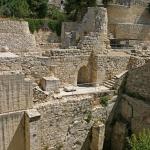 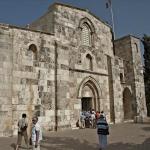 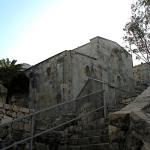 "The discovery of the Pool of Bethesda is only one of many archaeological discoveries that confirm Biblical accounts. While this find in itself does not necessarily prove the miraculous healing by Jesus, it does confirm the accuracy of John's account. This provides several useful points. First, John and other Biblical writers were careful concerning ordinary facts (non-supernatural), so it is reasonable to expect they would also be at least as careful - or more so - regarding highly significant theological information. Second, the detailed geographical and historical data clearly indicate these books were written by those who lived at the time of Jesus and in the same geographical locale. If non-apostolic writers had attempted to reconstruct intricate details many years later (even more than a century later, as some liberal theologians assert), the accuracy would diminish as time progressed. The Pool of Bethesda discovery is only one of many showing that the New Testament was written in the first century and is a historically reliable document."