The Tower of Babel

The Tower of Babel

Hello friends! The following is evidence of The Tower of Babel.
I must mention that the people who were building this tower, were not trying to build a tall enough tower to reach the heavens. This would have been extremely naive for one of the most advanced civilizations that ever existed.
I believe they were instead making some sort of inter dimensional portal to reach the heavenly realms (They were trying to open what is now called, "A dark hole" which is a hole in the universe)
Human beings cannot do this, as the end result would undoubtedly be destruction; Flesh and bone could never withstand God's Almighty presence, it is too much light and energy; we would melt.
Just think of this; God Created the sun with His Breath.

11 Now the whole earth had one language and one speech.
2 And it came to pass, as they journeyed from the east, that they found a plain in the land of Shinar, and they dwelt there.
3 Then they said to one another, “Come, let us make bricks and bake them thoroughly.” They had brick for stone, and they had asphalt for mortar.
4 And they said, “Come, let us build ourselves a city, and a tower whose top is in the heavens; let us make a name for ourselves, lest we be scattered abroad over the face of the whole earth.”
5 But the Lord came down to see the city and the tower which the sons of men had built.
6 And the Lord said, “Indeed the people are one and they all have one language, and this is what they begin to do; now nothing that they propose to do will be withheld from them.
7 Come, let Us go down and there confuse their language, that they may not understand one another’s speech.”
8 So the Lord scattered them abroad from there over the face of all the earth, and they ceased building the city. 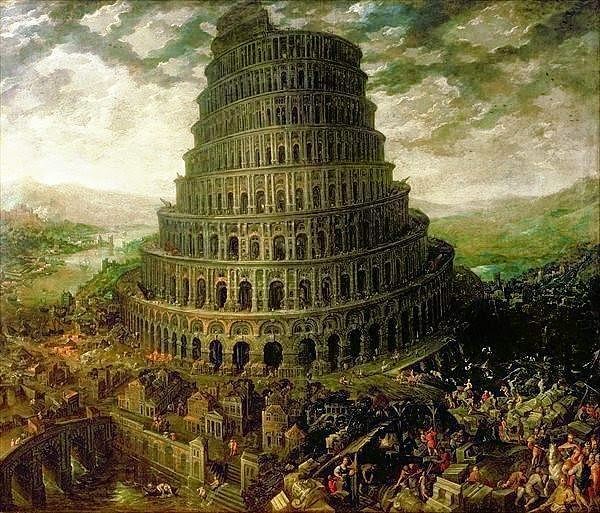 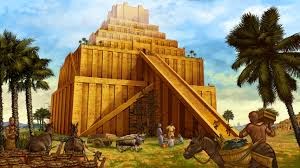 This is what happens when the whole world is united... The question at hand is, where is the evidence of this ever happening in human history?
Let's take a look at a few images of structures that were built all around the world by civilizations that no longer exist.

All of these structures are located in different parts of the world, where different languages are spoken and they all hold the same model of architecture.
This of course would be physically impossible unless these ancient civilizations were once united. Also sharing the same race, same knowledge, same intention and the same language (Our ethnic differences are a cause of the environment that we were placed in. As an example: Africans have black skin after years and years of exposure to the heat of the area they were placed in. They developed a pigment adaptation over the years to cope with the climate, and now we see their skin is completely black. This was not the case before the continents split up at the Tower of Babel incident. We were all one big continent before this happened)
These structures point us to the Tower of Babel. 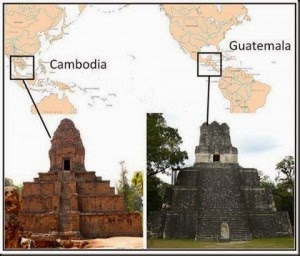 The above structures are also quite remarkable, not only are they almost identical, but they're also built very far from each other, by different civilizations. We can also see similarities to the old paintings of the Tower of Babel here. 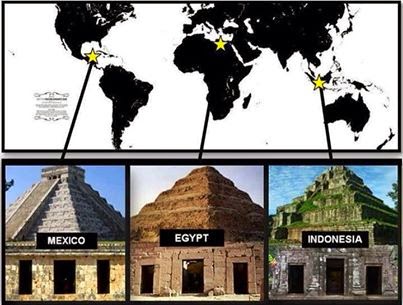 It is interesting to note that some if not all of these structures are aligned with stars. It seems the builders weren't simply making random structures, but perfectly star aligned structures.
Now let's take a look at the famous Giza pyramids.
The way in which the pyramids of Egypt were built is said to be a mystery. The only explanation for their building is that some kind of laser was used to cut the stones. (This part is speculation)
Why is it, that these advanced civilizations no longer exist?
These civilizations were extremely advanced, however, they were disobedient to God's Word.
This is the reason why some of the most advanced and privileged civilizations in human history are no longer with us.
See: (Sodom and Gomorrah) 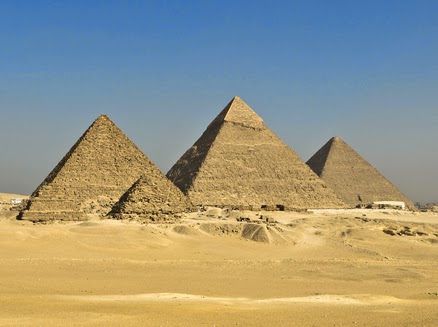 The three pyramids of Giza are a perfect reproduction of the 3 stars of Orion’s belt:

The pharaoh (sun worshiper) in charge of these projects was deeply into the occult and believed he had a sort of inter dimensional entrance, and believed he could come back from the dead. There is a lot more information regarding these pyramids, however I'm not inclined to present it here as we'd be going off topic.
(If you do research on the subject, i urge you to pray to The Lord Jesus Christ before you do, as there is plenty of misinformation and a lot of information on the occult agenda behind these structures)
It's also important to note that astrology knowledge was mainstream knowledge at some point in human history.

1 Now when Jesus was born in Bethlehem of Judaea in the days of Herod the king, behold, there came wise men from the east to Jerusalem,

2 Saying, Where is he that is born King of the Jews? for we have seen his star in the east, and are come to worship him.
3 When Herod the king had heard these things, he was troubled, and all Jerusalem with him.
4 And when he had gathered all the chief priests and scribes of the people together, he demanded of them where Christ should be born.
5 And they said unto him, In Bethlehem of Judaea: for thus it is written by the prophet,
6 And thou Bethlehem, in the land of Juda, art not the least among the princes of Juda: for out of thee shall come a Governor, that shall rule my people Israel.
7 Then Herod, when he had privily called the wise men, enquired of them diligently what time the star appeared.
8 And he sent them to Bethlehem, and said, Go and search diligently for the young child; and when ye have found him, bring me word again, that I may come and worship him also.
9 When they had heard the king, they departed; and, lo, the star, which they saw in the east, went before them, till it came and stood over where the young child was.
10 When they saw the star, they rejoiced with exceeding great joy.
11 And when they were come into the house, they saw the young child with Mary his mother, and fell down, and worshipped him: and when they had opened their treasures, they presented unto him gifts; gold, and frankincense and myrrh.
12 And being warned of God in a dream that they should not return to Herod, they departed into their own country another way.

Back when our Messiah Jesus Christ was born, He was visited by Wise kings who knew about A Great Star that Marked The Birth Of The Savior Of The World. They followed this Star until they found the Birthplace Of Jesus and worshiped Him.
This is a positive example of astrology, however, a lot of the civilizations that created the pyramids were star, sun and moon worshipers. This goes directly against the 1st and 2nd Commandment which tell us:
#1 We should have no other gods before The Lord. Only God Is To Be Worshiped.
#2 We should not make idols for ourselves, no images of what is above in the sky or down here on earth. We should not bow down before them, nor woship them.
Most, if not all of these ancient civilizations were worshiping the creation and not the Creator, which carries grave consequences.
To me the above structures clearly prove the unity of mankind at some point; one language, one mind, one culture. This of course can only point us to The Tower Of Babel, where men's languages were confused and men were dispersed all over the planet.