Who was Ron Wyatt? 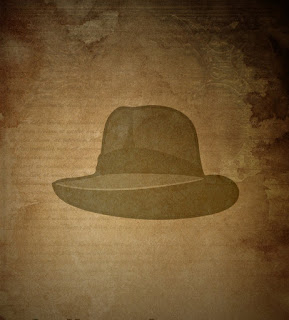 Hello friends! I've been spending a lot of time researching late Ron Wyatt's archaeological findings on the internet.
The reason i am posting the following information on Ron Wyatt is because I've spent quite a bit of time looking into both the evidence he presents and the opposing accusations.
It seems to me that Ron Wyatt presents some astonishing evidence (Pictures, documents, etc) for many things with absolute sincerity and constant praise of The Lord Jesus Christ.
He didn't look for fame, but instead looked for physical evidence to help lost souls who have not accepted Jesus Christ as their savior.
On the other hand is the opposing side, which doesn't provide any photographic or documented evidence for their claims like Ron Wyatt does. They also don't explain what it is we're looking at after contradicting what Ron Wyatt says it is.
At the bottom of Ron Wyatt's quick introduction i will present his deathbed interview which was conducted not too long before his death.
I will post some of Ron Wyatt's findings on this blog, for you to read, think and decide for yourself :D 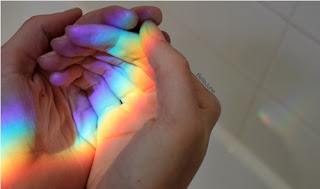 Please do not base your faith on the evidence presented on this blog, remember that true faith is believing without seeing! Keep The Faith 100% pure! Believe in God and His Word.
It's important to have a strong Faith, because our enemy, the serpent of ancient, is an expert liar with over 6,000 years of experience in deceiving men all the way to death.

Who Was Ron Wyatt? 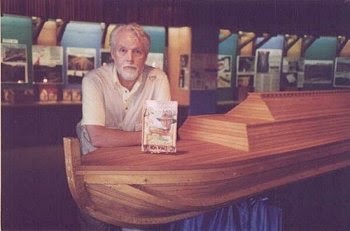 I first met Ron Wyatt in 1984, when I heard him speak at a church in Nashville.  He was such a humble man in every presentation he gave, always desiring to lead people to the Lord.  That afternoon he had some specimens from the Red Sea Crossing and Noah's Ark for us to look at after the program.  When leaving the program he shook my hand at the door.  I was truly touched by his sincerity, honesty and Holy example.  I felt like I would like to do something to help him out someday, but at the time I did not have the funds to do so.
Later, in 1989, I heard him speak in Hendersonville, North Carolina at a Church.  The pastor there had roomed with Ron at Highland Academy as a teenager, and had arranged for Ron to speak Friday night, then for church, and in the afternoon for a question and answer period (you can hear this session under our Watch Videos page). 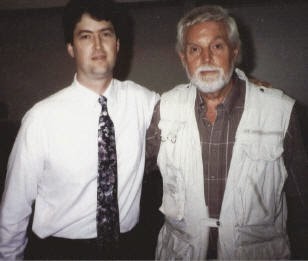 Ron was the most humble, God-fearing man I have ever met.  He was not interested in fame or fortune.  He was only interested in doing the Lord's will.  He made great money as a nurse anesthetist, but gave most of it to this work, including traveling overseas 130 times.  When he would run out of money overseas, he would head back to his job and earn more money to fund his work for the Lord.  He lived in a duplex in Nashville during most of his work, desiring to spend his money working for the Lord, instead of on a beautiful home. In 1977, when the Lord was showing Ron that He had a job for him to do, Ron sold his farm and used that money for this work.  He did not have health or life insurance, as he would give the money he would spent on insurance premiums to the Lord's work. 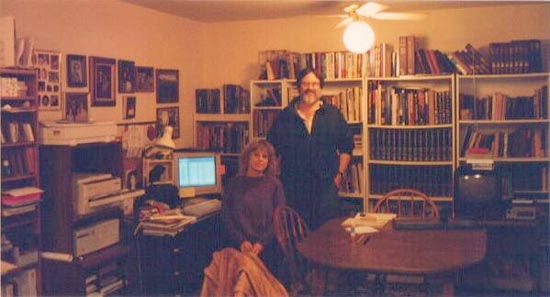 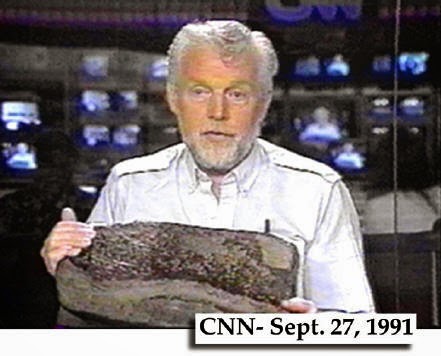 Above:  Ron on CNN displaying the deck timber of the ark

Ron grew up in Kentucky and lived most of his adult life in the vicinity of Nashville, Tennessee.  He always had a love for biblical archaeology.  One of his high school classmates told me that Ron was interested in archaeology even in those days, reading books on the subject. 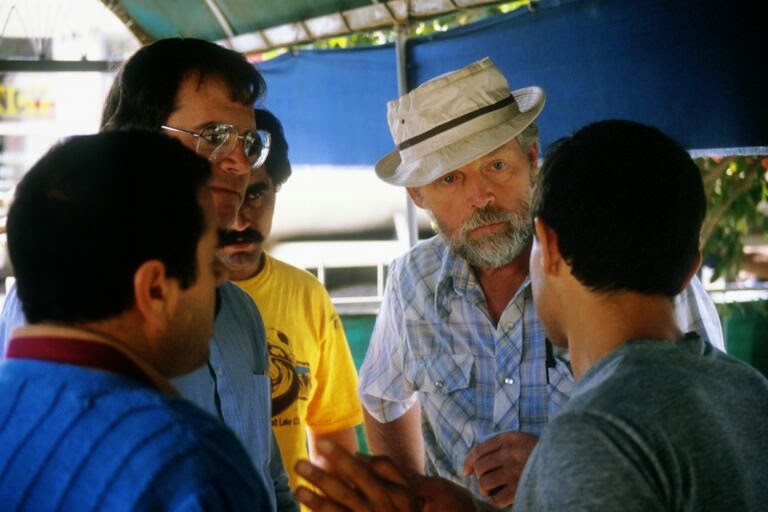 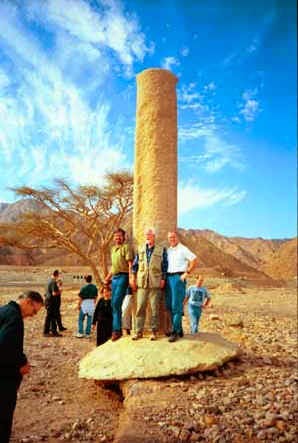 When brother Ron was with us, he would always stress the necessity of becoming a follower of Jesus and obeying His Commandments.  He was a devout student of the Bible, while retaining an extremely humble attitude.  Sadly, Ron died in 1999.  His death was noted in The Tennessean on August 5, 1999. World Net Daily interviewed him when he was on his deathbed, and he confirmed that he had in fact found the ark of the Covenant, as noted in this article:
http://www.worldnetdaily.com/index.php/index.php?pageId=363
Ron was on the level of a High Priest in my opinion.  He was not a prophet, but a Holy man who devoted his life to the Lord.  Just as Jesus was not understood, was ridiculed, persecuted and attacked by critics, so was Ron.  Only a few could understand that Jesus was the Messiah in his day.  Only a few today can see that Ron was a faithful follower of the Lord.  Miracles after miracles were found in Ron's life, all evidence of the Lord working with him.  It was only the High Priest that went into the Most Holy Place once each year to sprinkle blood on the Ark of the Covenant.  So in our day it was only Ron Wyatt who entered the Most Holy Place, that cave, to take a sample of the blood of the Messiah and have it analyzed for the world to see the lab report when the Ten Commandments come out of the cave, along with the video of him removing the Commandments from the ark.  There was never a second witness that went into the Most Holy Place in Moses' day.  The people believed the man that was proven to be a man of the Lord. 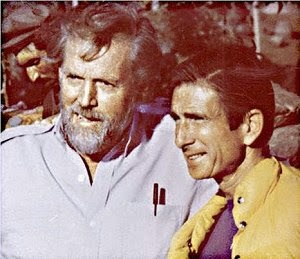 I am contacted by people around the world concerning the discoveries each day, but someone locally sent me a most interesting experience she had with Ron at his work.  She was in the hospital for the delivery of her baby and Ron was to give her the anesthesia.  Apparently Ron had prayed with her before the procedure.  When the baby was delivered, it was still born, lifeless.  She began to scream and cry, then she looked around the room for Ron.  She noticed he was in the corner of the room praying for the baby. 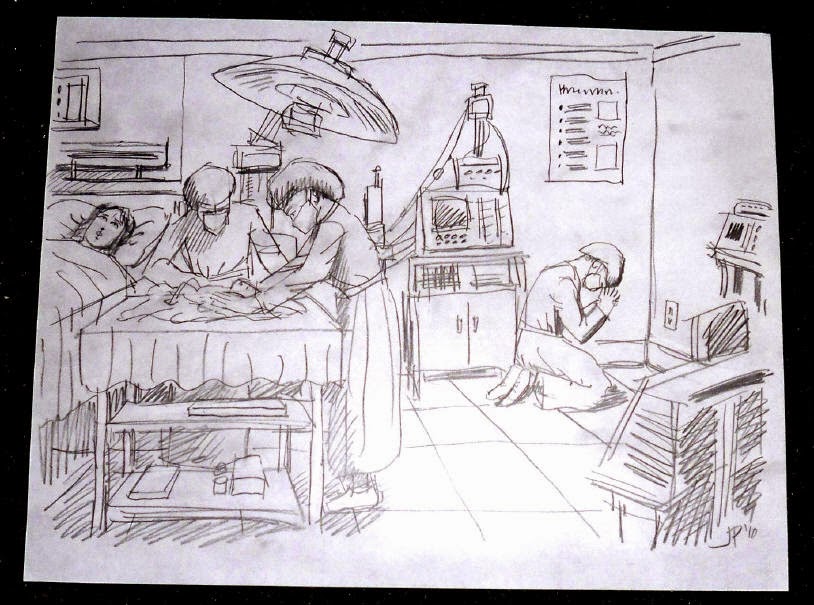 Ron had a close relationship with the Father and went to Him for help in this desperate moment.  As Ron was praying, a bright light began to shine in the room.  A supernatural light. 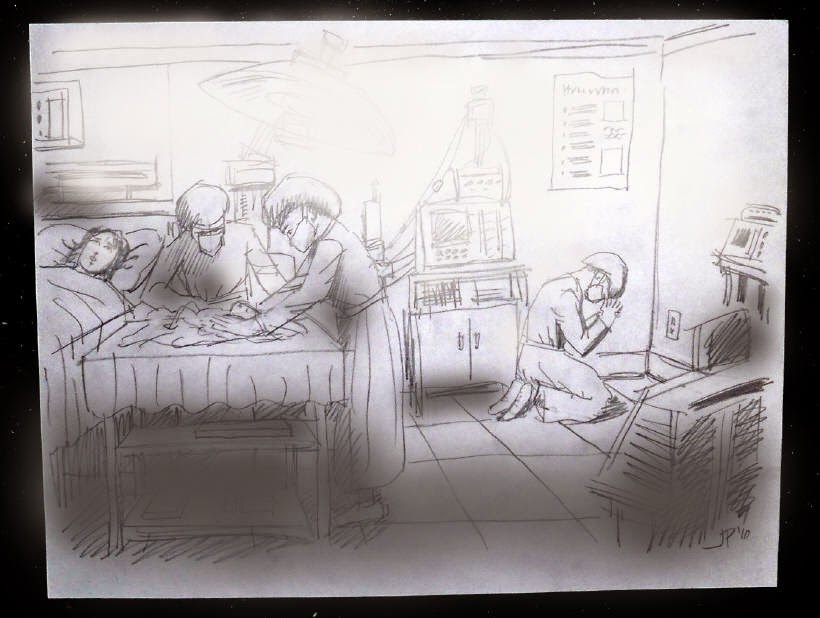 The doctor and nurses in the room recognized something unnatural was happening.  You see, God was saying, I am involved here.  Something is about to happen.  This is no accident.  Then the mother heard the baby crying!!!   God answered Ron's prayer that day.  The mother said Ron was her angel.  Today her son is a healthy young adult and she thanks the Lord for what he did.
There are many negative statements on the Internet concerning Ron Wyatt.  They are untrue and are part of Satan's attack on the discoveries of God.  Satan thinks by using unfaithful men, he can use them to tell lies about God's people and God's Treasure and thus invalidate these beautiful discoveries.  But these are unfair, illogical attacks that have a foundation of the forces of darkness and will not prevail, as God will display these discoveries in all their glory to the world during the Mark of the Beast showdown, then the end will come.
Before Ron ever found anything, he prayed to the Lord that He would help him find something that would lead someone to heaven.  God answered Ron's prayer, many times over.
Kevin Fisher

Below Ron Describes His Testimony

I have shared with you my addiction to "divine appointments". God, in His mercy, has invited us sinners (in rehabilitation) to bear faithful witness to Him, His character and salvation. You, with me, can be certain that you are in His will by taking three simple steps:
1) Ask God, in Christ's name, to forgive and cleanse you of every sin that separates you from His will.
2) Pray the "witnessing prayer", that you may be honored of Him by being led by His Spirit to bear effective, saving witness and/or help someone for whom Christ died.
3) When He provides the "divine appointment", be totally honest and truthful whoever you witness to or help. There are a vast number out there who have and are bearing a false witness, but rationalize that they are doing God and mankind a service by "embellishing" the truth, making it more spectacular, "punching it up." The extreme end of allowing Satan to lead you in this falsification of the facts is to become a destroyer of yourself, your family and others. God cannot lie. When we do, even if we "do it for a good reason", we separate ourselves from the only saving source of power in the universe.
Effective "divine encounters" are reconfirmations from God that we are in His will. Attacks by Satan and his hosts, both human and demon, are another reconfirmation of our walk with God. No attacks means we're doing Satan's will, not God's.
Even Paul knew the real enemy for he said, "Wherefore we would have come unto you, even I Paul, once and again; but Satan hindered us." I Thessalonians 2:18. So friends, be aware. The Word of God is not an idle tale when we are warned, "Be sober, be vigilant; because your adversary the devil, as a roaring lion, walketh about, seeking whom he may devour" I Peter 5:8. Don't believe those who tell you that if you are a true Christian, you won't have problems and everyone will love you. For that's a lie. Satan will disguise his evil and use as his agents those who are not Christians, though they may profess to be. "Marvel not, my brethren, if the world hate you" I John 3:13. But remember His promise, in the words of Christ Himself, "And ye shall be hated of all men for my name's sake: but he that endureth to the end shall be saved." Matthew 10:22.
Again, our choices are to either work for God, share and enjoy His salvation throughout eternity, or to fall into the grasp of a merciless demon, and share total and eternal destruction in the hell-fires which will destroy Satan and his evil angels; the same fire God uses to purify this world of the last vestiges of sin and sinners before He restores it to its Edenic beauty and makes it the eternal home of the "nations of them which are saved..." Revelation 21:24.
Ron Wyatt

SDA quotes on Ark of the Covenant

Deathbed Confession of Ron Wyatt, Discoverer of the Ark of the Covenant